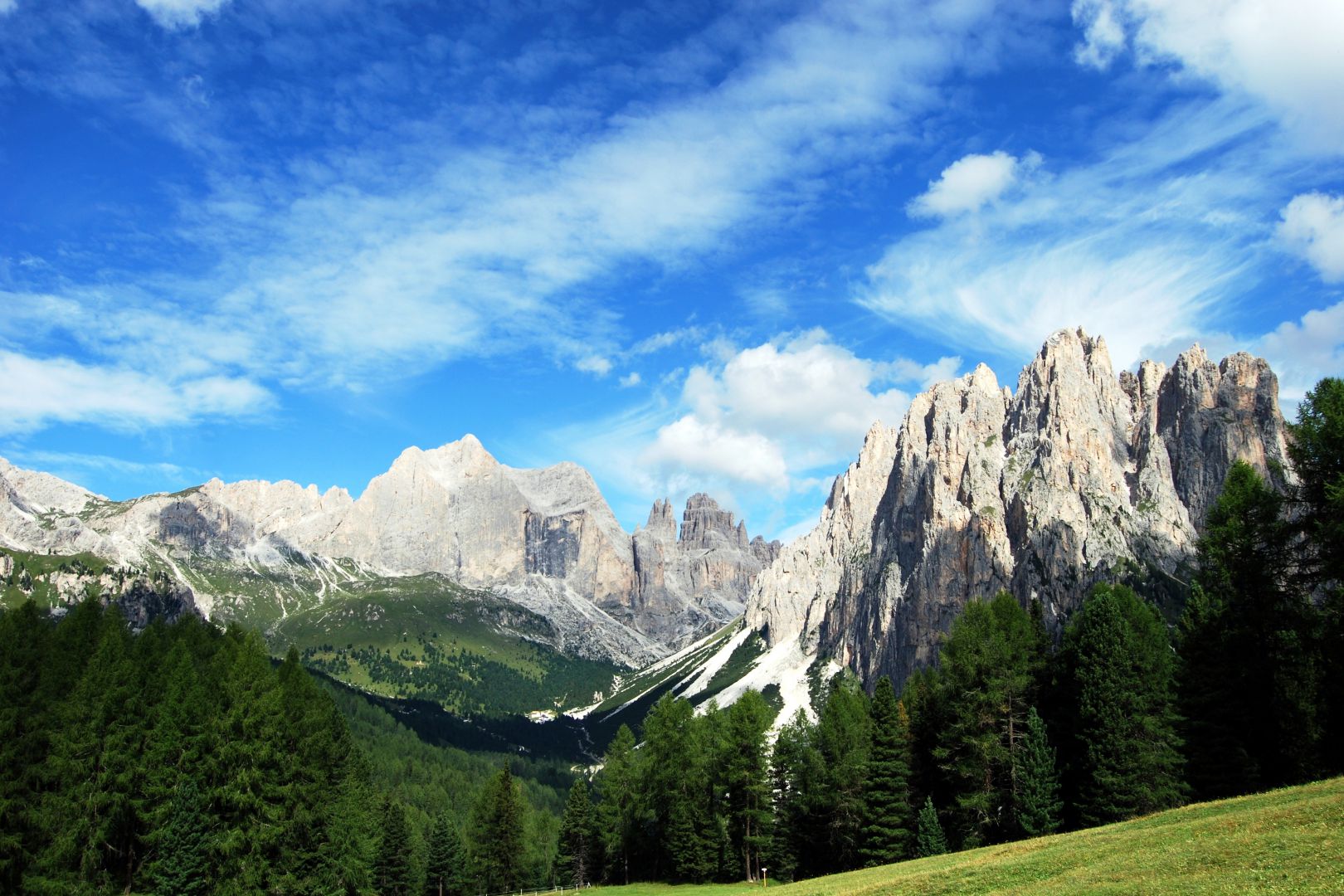 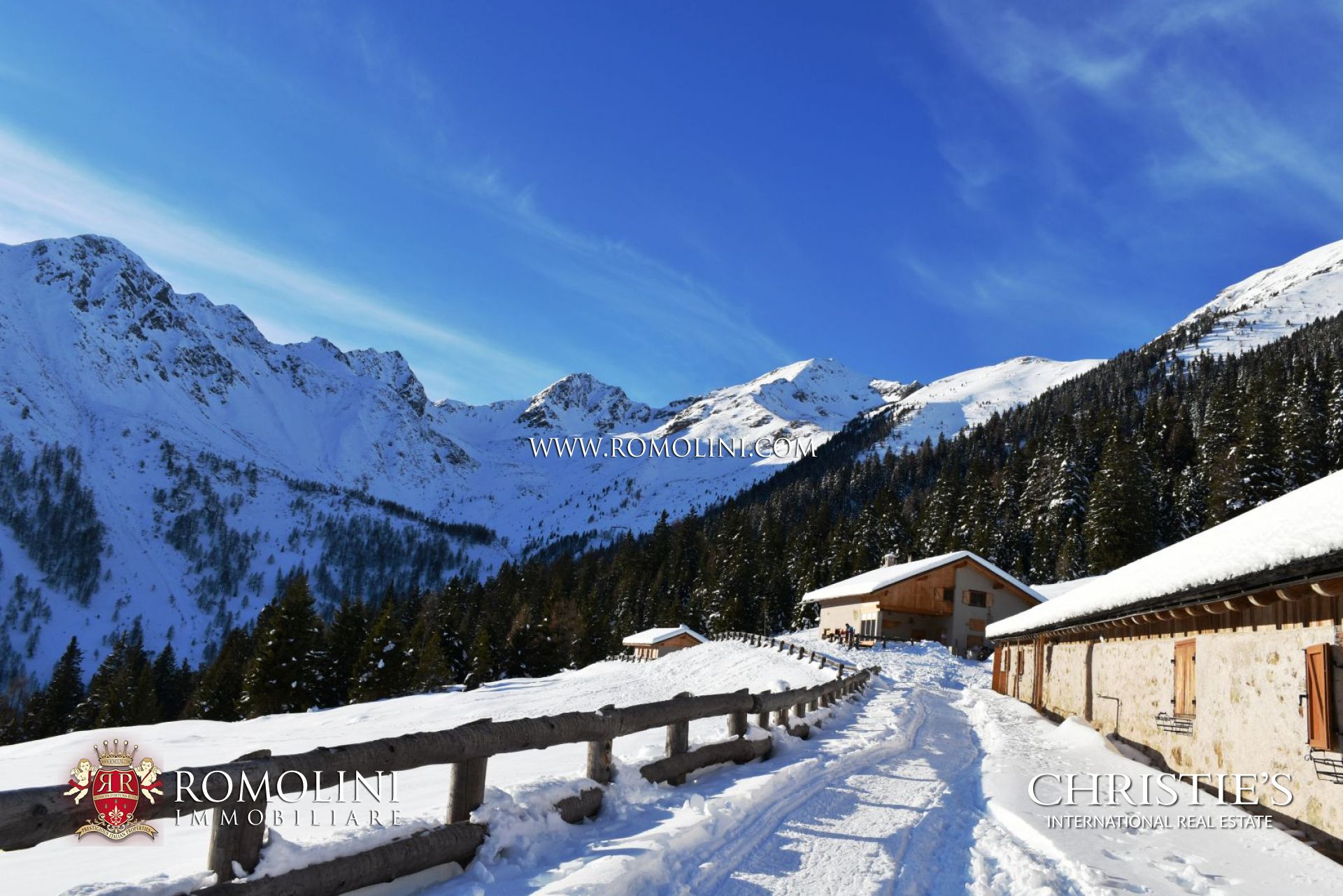 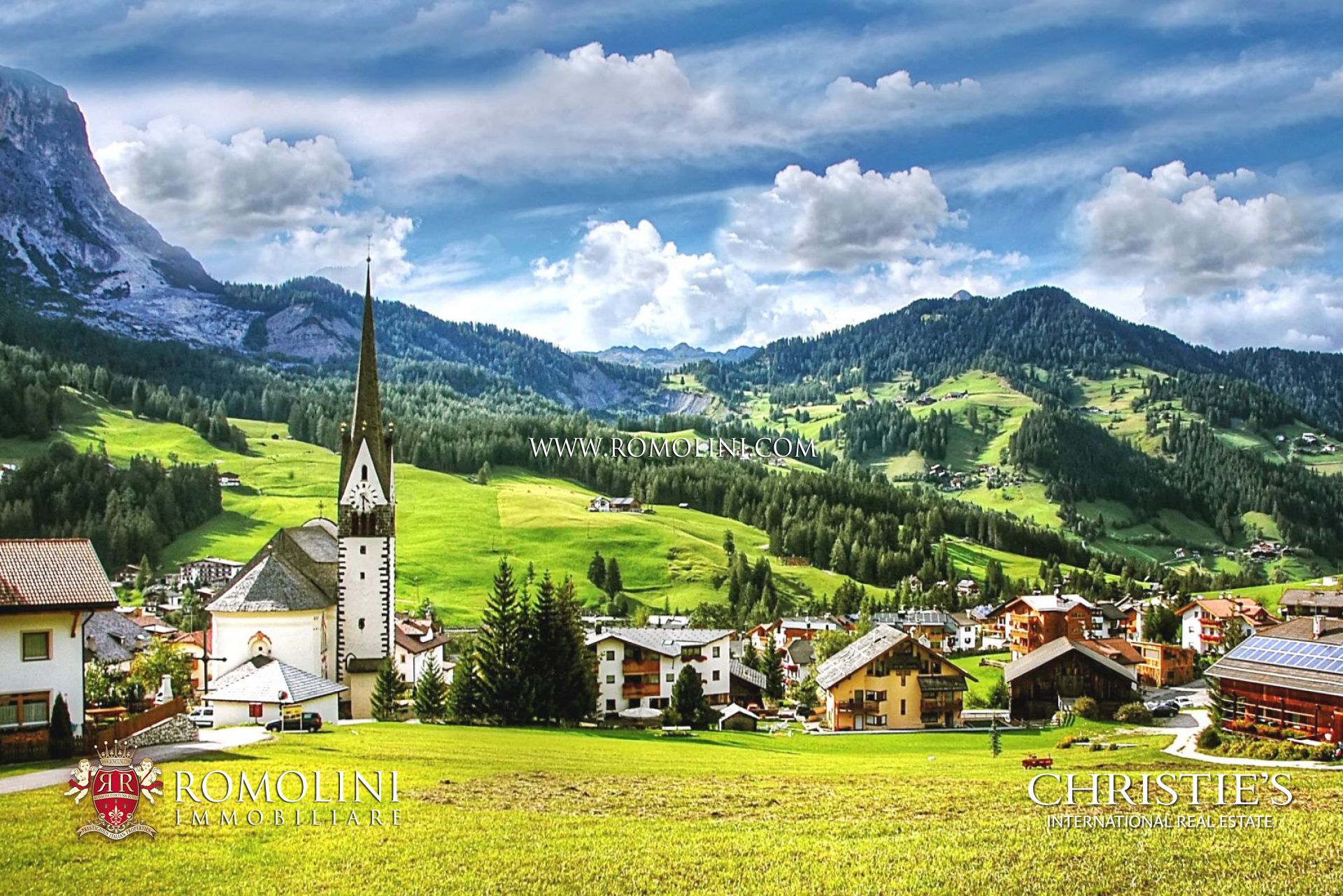 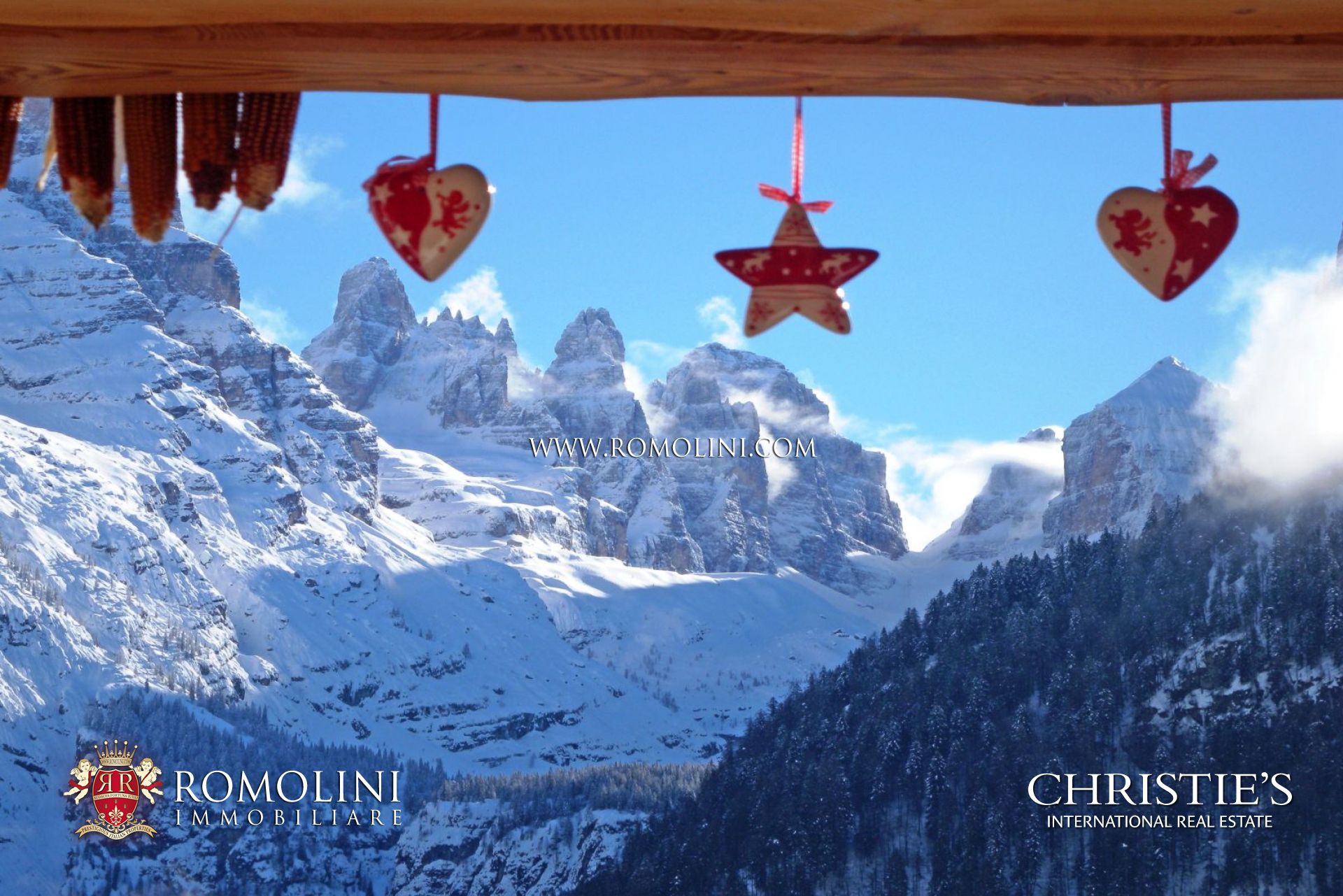 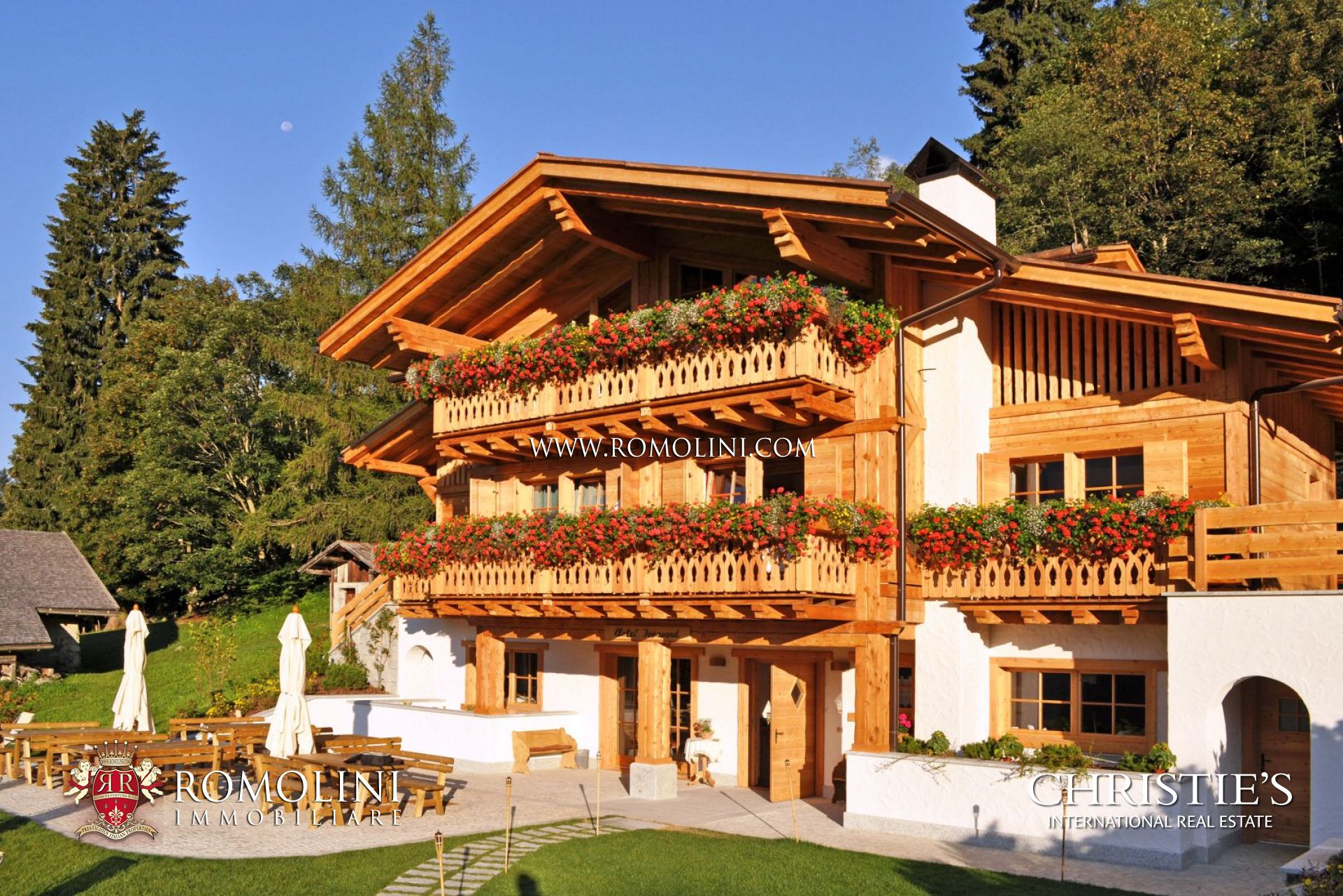 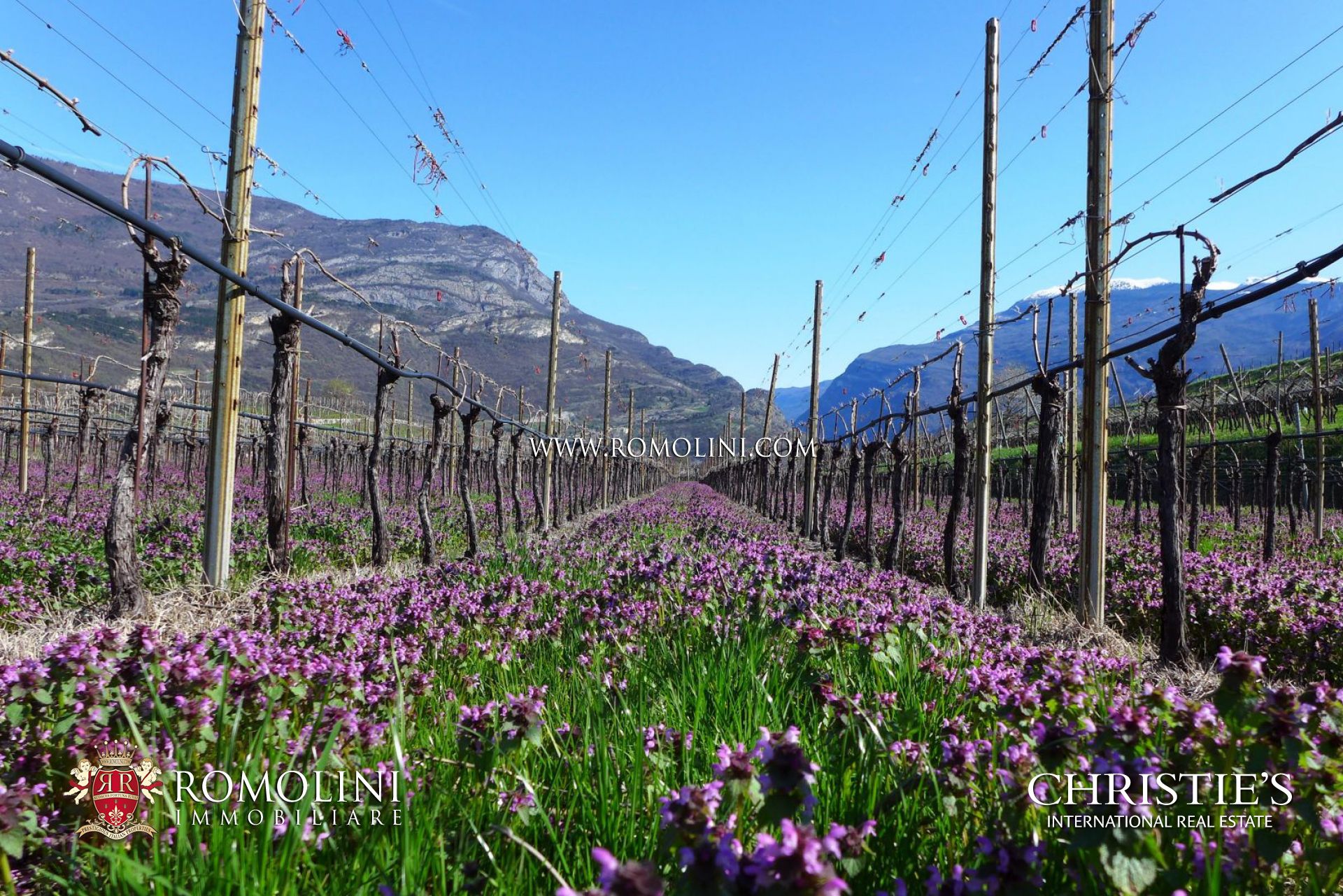 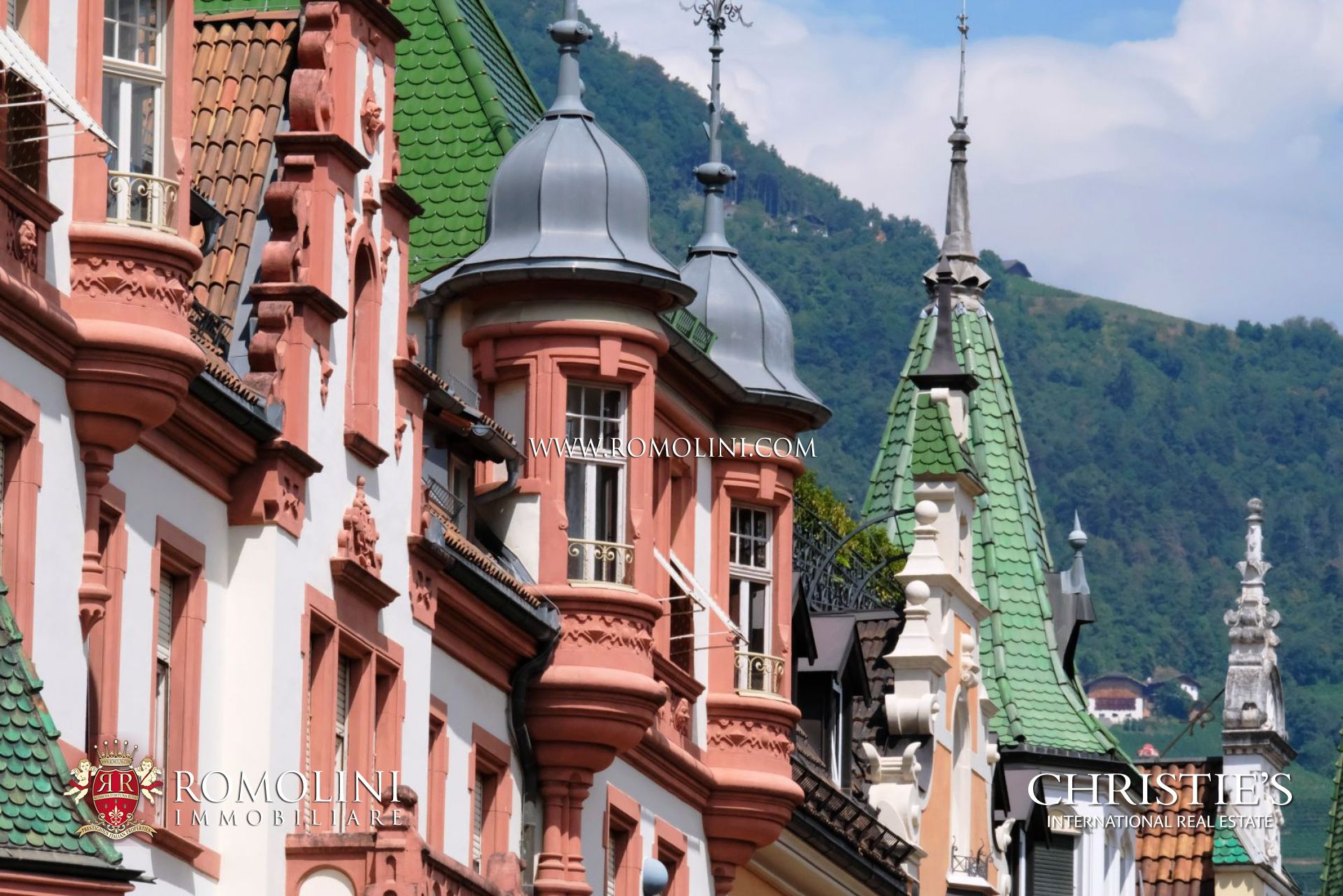 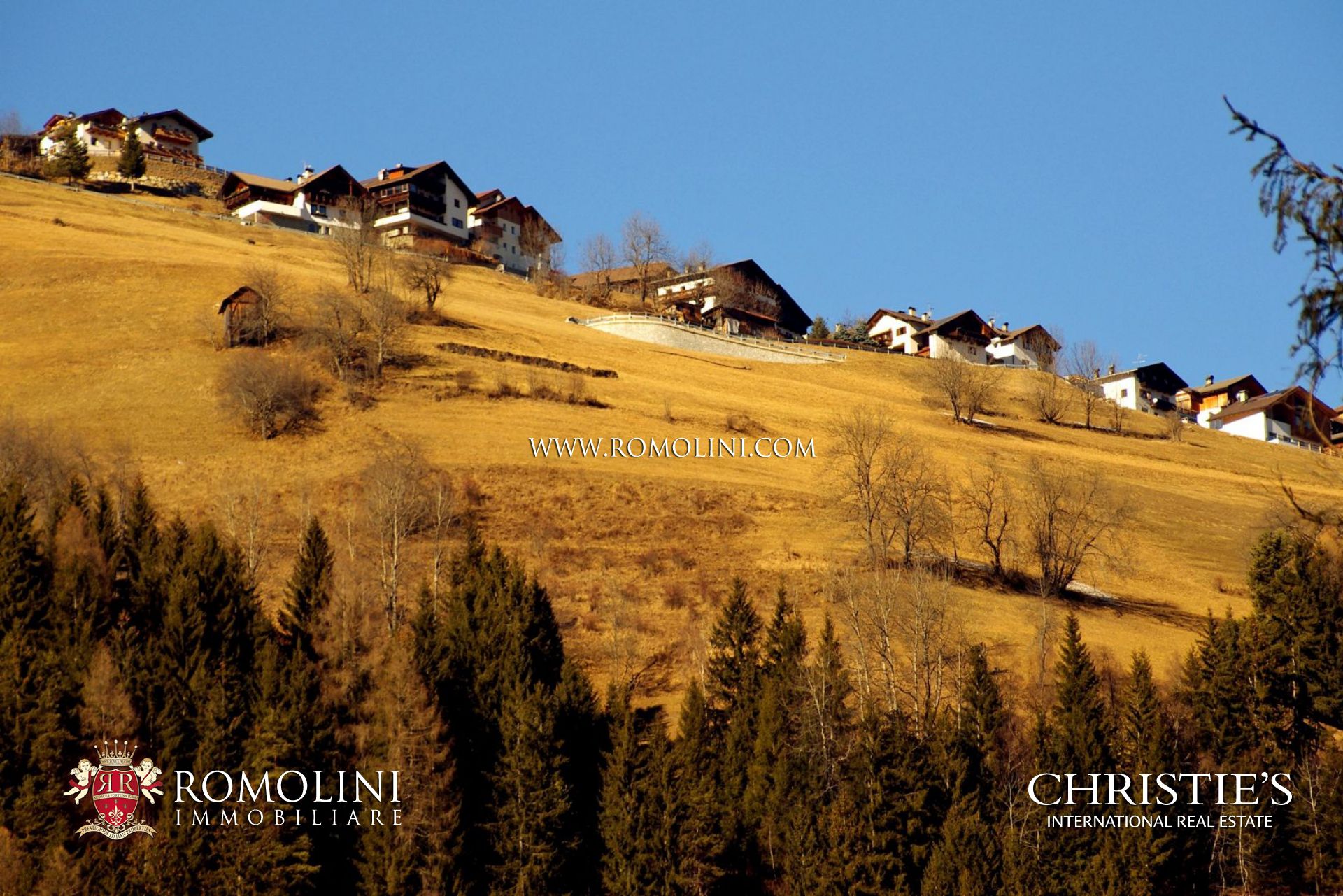 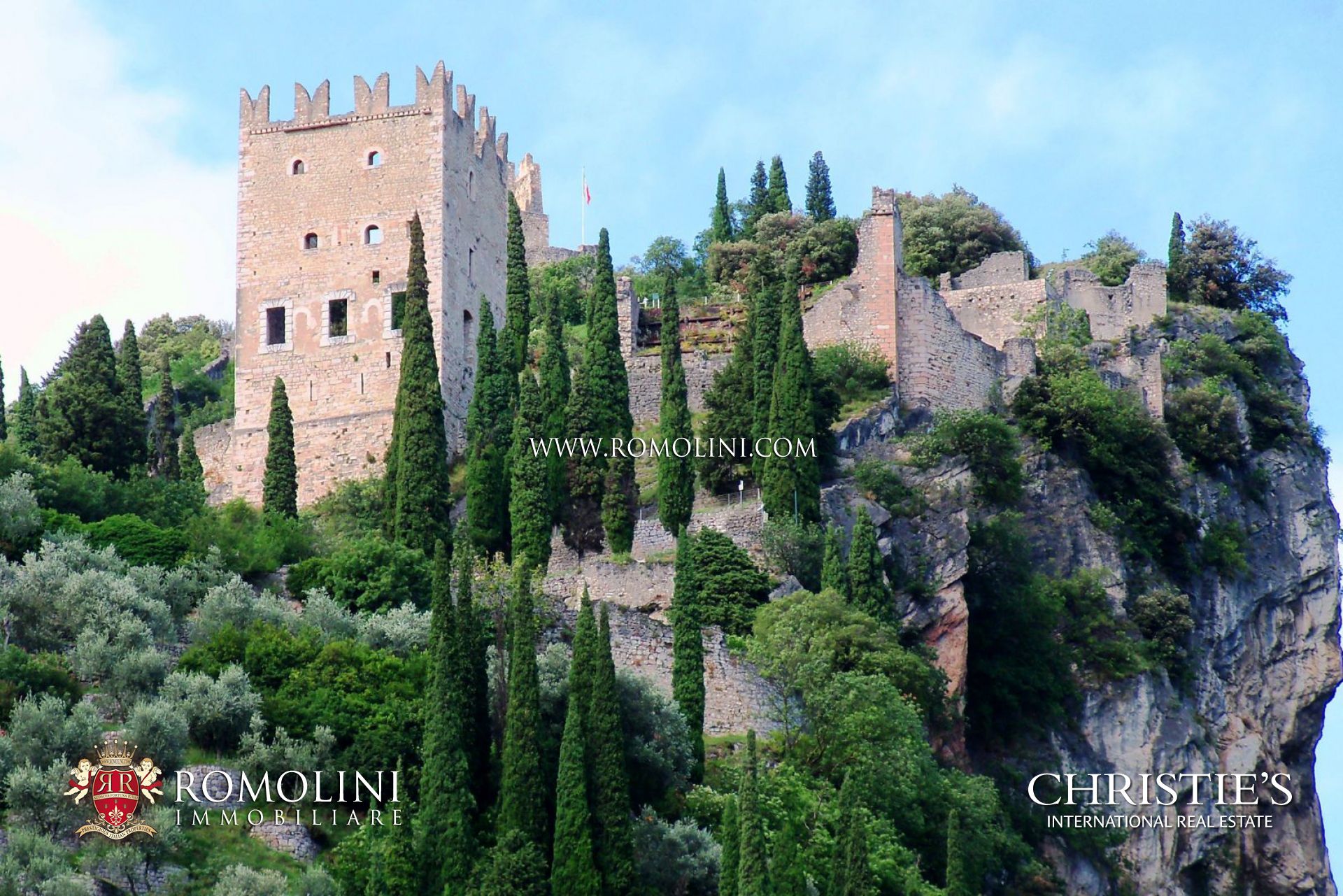 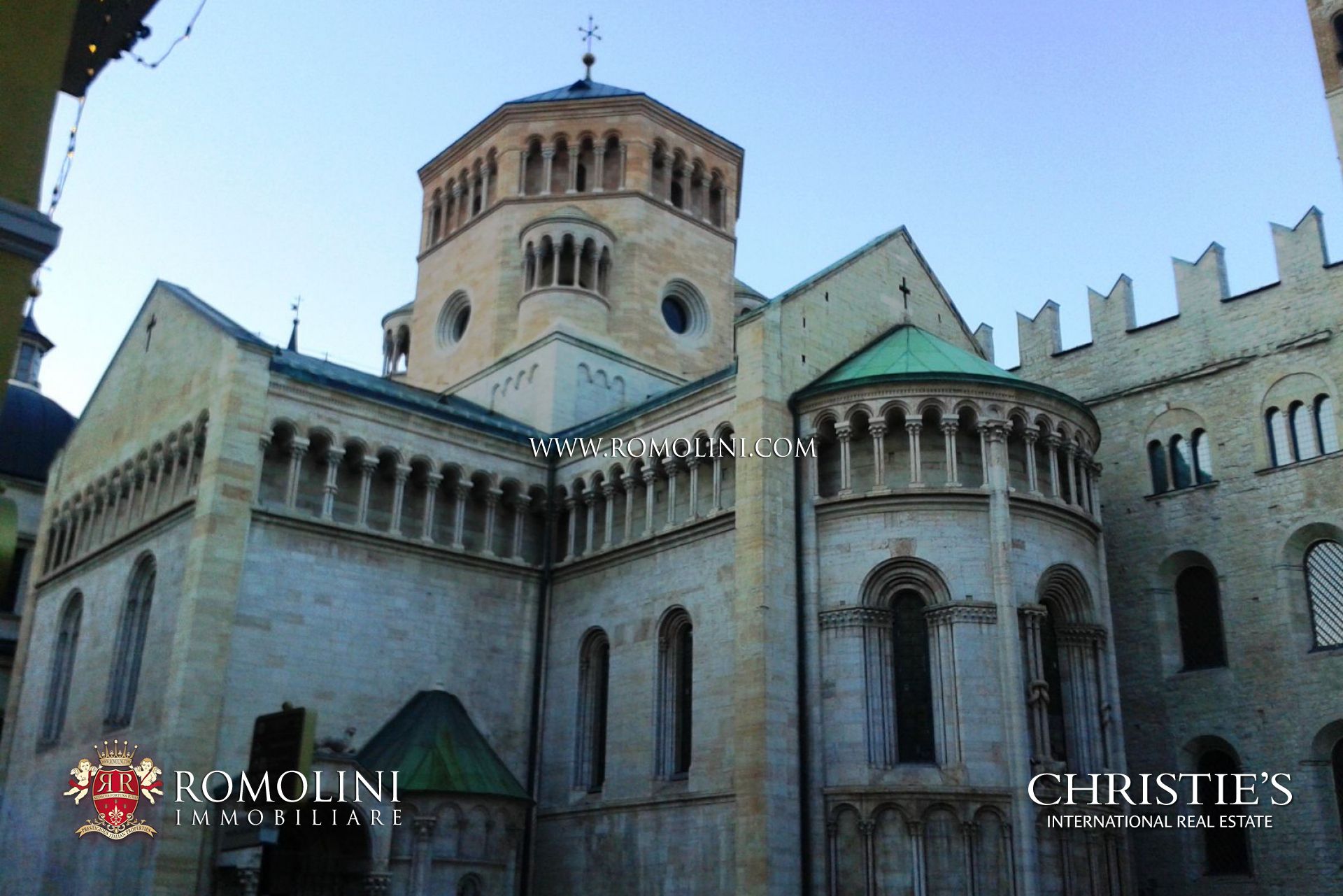 The most ancient remains found in the valleys of Trentino-Alto Adige date back to the end of the first Ice age (12,000 b.C.). Much more recent (5,300 years ago, which means during the copper age) is the body of Ötzi (better known as Similaun Man), a mummy found on the Ötztal Alps in 1991.

With the passing of time (since the 14th century b.C.) at least two different civilizations lived the area: the first one is known as the Luco-Meluno culture and lasted until the 5th century b.C. when the their place was taken by the Raeti, a people which is given Etruscan ascendants by Titus Livius.

The arrival of Romans led by Drusus and Tiberius in the 1st century b.C. marked the end of the Rhaetian populations and the founding of Tridentum (nowadays Trento). The region was heavily Romanized and Latinized and starting from 400 a.D. Christian religion had become predominant in the area.

Barbarian invasions determined the end of the Roman Empire and the Trentino Alto-Adige became first part of the Ostrogothic Kingdom and then of the Langobardic Kingdom. The latter founded the Duchy of Trento, with the city as capital, which lasted until the descent of Franks and Charlemagne.

In 774 a.D. the Trentino-Alto Adige became part of the Frankish Kingdom and as such remained until 951 when the arrival of Otto I of Saxony brought the region under the influence of the German Holy Roman Empire.

With Conrad II the dioceses of Trento and Bressanone were given temporal power on their areas, leading to the naissance of the partially independent Prince-Bishoprics. The 12th century saw the rise of noble families against the power of bishops and the County of Tyrol was born, which lived on almost unchanged until 1918. In 1363, Margaret of Tyrol was forced to give up her land to the Hapsburg.

Between 1411 and 1517 Venice occupied parts of the southern Trentino but never managed to impose her presence in the region and it was forced to retreat.

The Prince-Bishopric of Trento underwent a rebirth during the 16th century under the guidance of the cardinal Bernardo Clesio and given its importance in the relationship between Germany and Italy (as territories and not nations) the city was chosen to host the Council of Trento (1545 – 1563).

In 17th and 18th century the County of Tyrol took again the upper hand, strongly undermining the powers of the Prince-Bishoprics of Trentino.

When in 1796 (treaty of Lunéville) Trento was occupied by Napoleonic armies, the secularization of ecclesiastic institutions imposed by the Austrian rulers marked the ultimate end for Prince-Bishoprics and the annexation in 1810 of Trentino Alto-Adige to the Napoleonic Kingdom of Italy. Austrian troops regained control of the region in 1813 and their dominion was ratified by the Congress of Vienna (1815). In 1818 the County of Tyrol, ruler of the entire region, became member of the Germanic confederation.

In 1848 the revolutionary riots of Europe stroke Trentino too, and it demanded secession from Austria to enter the Kingdom of Italy. Garibaldi’s invasion during the Third Italian independence war, while victorious, didn’t obtain the annexation of Trentino.

When in 1914 (and even more in 1915) World War I broke out the Trentine population was split: on one hand there were the secessionists who deserted the Austro-Hungarian conscription to fight alongside the Italian army (like Cesare Battisti who was then captured by Austrians and sentenced to death for treason), on the other hand royalists who remained with Austria-Hungary. The treaty of Saint-Germain-en-Laye (September 10, 1919) marked the ultimate collapse of the Austro-Hungarian empire and the final annexation of Trentino-Alto Adige to the Kingdom of Italy.

The region then followed the events of the Kingdom of Italy through World War II, after which the Constitution granted Trentino a special statute for self-government while remaining part of the Republic.

4 of 939 properties available for sale

In the beautiful Non Valley, amidst the Alps, Castel Valer dominated the surrounding valley. The fortress dates back to the 13th century and has been owned by the noble Spaur family since 1368: the counts have masterfully restored the building over the last twenty years, preserving its medieval charm and creating something really unique, where one would think to have gone back to the Middle Ages. The property is not far from notable centers such as Trento, Cortina d'Ampezzo and Cles.

MAJESTIC CASTLE FOR SALE ON THE ITALIAN ALPS, TRENTINO-ALTO ADIGE

Nestled on a hill of Trentino-Alto Adige, roughly 20 km from Trento, majestic medieval castle with park. The property, partially to be restored, is located in a very panoramic spot with a view raging from the Dolomites to the North to Lake Garda towards the South. The buildings, over 3,600 sqm in total, currently offer 13 bedrooms and 13 bathrooms, but many more rooms could be created by restoring the ruined portion. A fully enclosed 12-ha park complete the property and is the ideal background for events and ceremonies.

State-of-the-Art winery. In the province of Trento, wine estate with 14 hectares of vineyards producing Gew├╝rztraminer and Moscato Rosa. The estate, surrounded by 13.9 hectares of land planted to vineyard and irrigated, is placed at 300 metres above the sea level and is characterized by flat land with Guyot grape cultivation upbringing system.