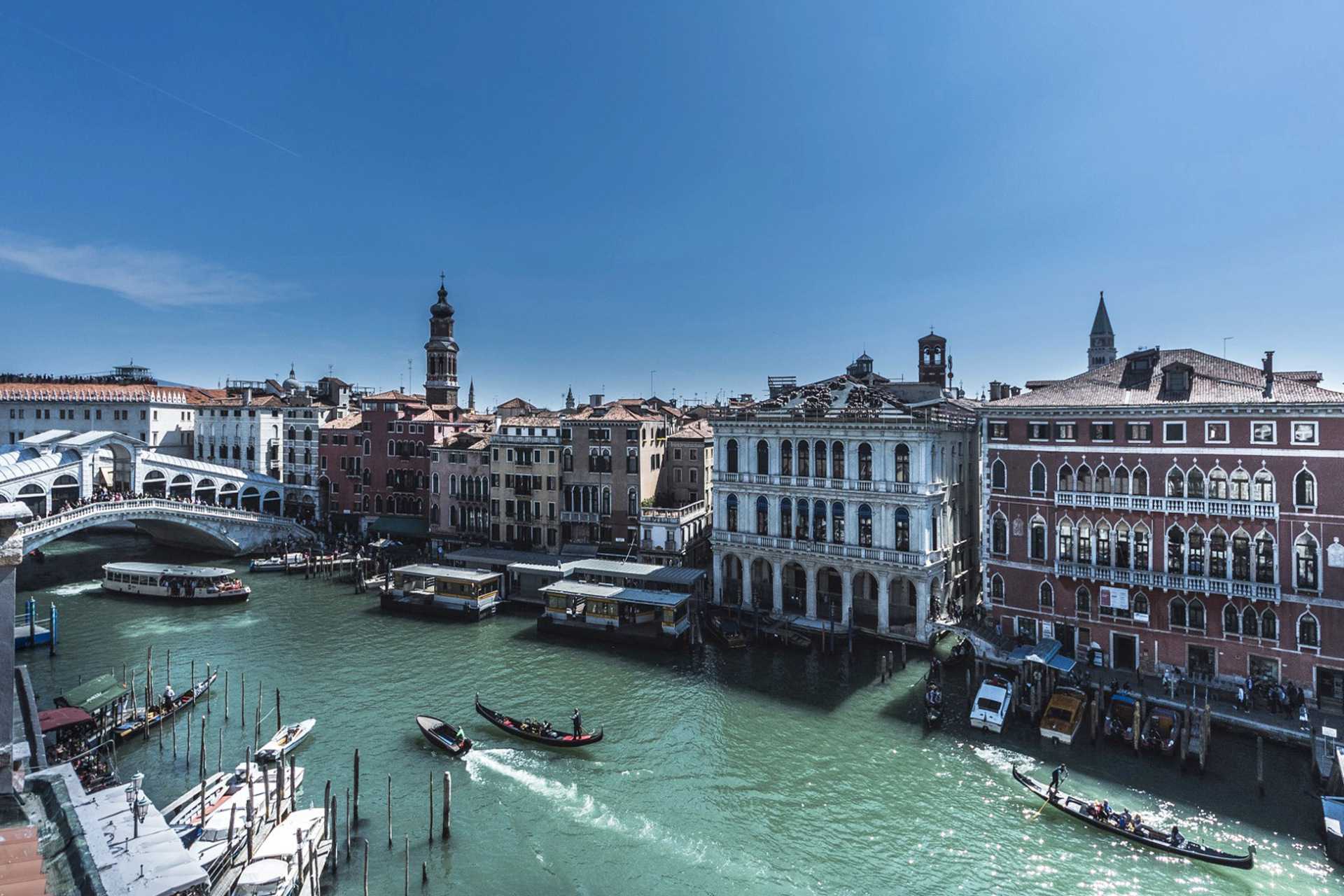 LUXURY APARTMENTS AND PROPERTIES FOR SALE IN VENICE

Founded by exiles running away from the barbarian invasions, Venice started its life as a group of heterogeneous settlements. Byzantines granted Venice the title of duchy (under the rule of the Exarchate of Ravenna) with capital in Eraclea (and then Malamocco). Only in 821 AD the capital was ultimately moved to Rialto (a much safer and defensible place) and the city took the name of Venice, making itself independent from Byzantium.

The Middle Ages and the Renaissance were a true golden age for Venice: its proximity to the Holy Roman Empire to the west, the excellent relation with Constantinople to the East and the proximity to the Greek city allowed Venice to become a crossroad of people, with an almost unrivaled economy in Europe.

During the Renaissance, many of the buildings we see nowadays were built and made the city a unicum from an artistic and architectural point of view.

After over a thousand years Venice reached the end line too: in 1797 the last Doge abdicated under pressure by Napoleon and the city lost its millenary independence effectively becoming a province of the French Empire first and the Austro-Hungarian Empire then. Ample section of the city were demolished and altered to build new palaces and gardens, changing the look of the city forever.

Are you looking for a luxury property for sale in the beautiful historic centre of Venice’ We offer a selection of apartments for sale in Venice, luxury penthouses with view over the Canal Grande for sale, noble palaces for sale in Venice, in the quarters of San Marco, San Polo, Santa Croce, Dorsoduro, Castello and Cannaregio.

If you couldn't find what you were looking for, please fill in this FORM describing the property you are looking for and we'll be pleased to help you find your dream home.

Do you have a property that you would like to sell? Fill in this FORM with the features of the property and a member of our staff will get in touch with you as soon as possible.

5 of 902 properties available for sale

In the heart of Venice, in the sestiere San Polo not far from the Canal Grande and the most famous monuments of the city, this 185 sqm apartment, located on the piano nobile of a historic building, has been finely restored and offers two bedrooms in one of the most beautiful cities in the world. The building is completed by a private courtyard.

VENETO, PROSECCO, WINE ESTATE WITH 93 HA OF VINEYARDS FOR SALE

Apartment with luxury finishes for sale in Venice. In the heart of Venice, in the sestiere San Marco, a few walks from ŌĆ£La FeniceŌĆØ theatre, apartment on the piano nobile with luxury finishes for sale. Marble sculptures and floors are a perfect frame to the wide common areas of a typical Venetian style historical palace, equipped with private porta dŌĆÖacqua (water door). Facing the canal with large windows and balconies with stone sculptures, this luxury apartment boasts three large bedrooms.

In the heart of Venice, in the most famous district (Sestiere) of San Marco, luxury apartment of 75 square metres for sale, located at the second floor of an old Venetian palace, boasting a court with fountain.

LUXURY PROPERTY FOR SALE IN VENICE

Luxury property for sale in Venice. In the centre of Venice, in the Cannaregio district, seven apartment complex with inner garden. The property, characterized by high-quality finishes, is on the ground floor with private entrance.