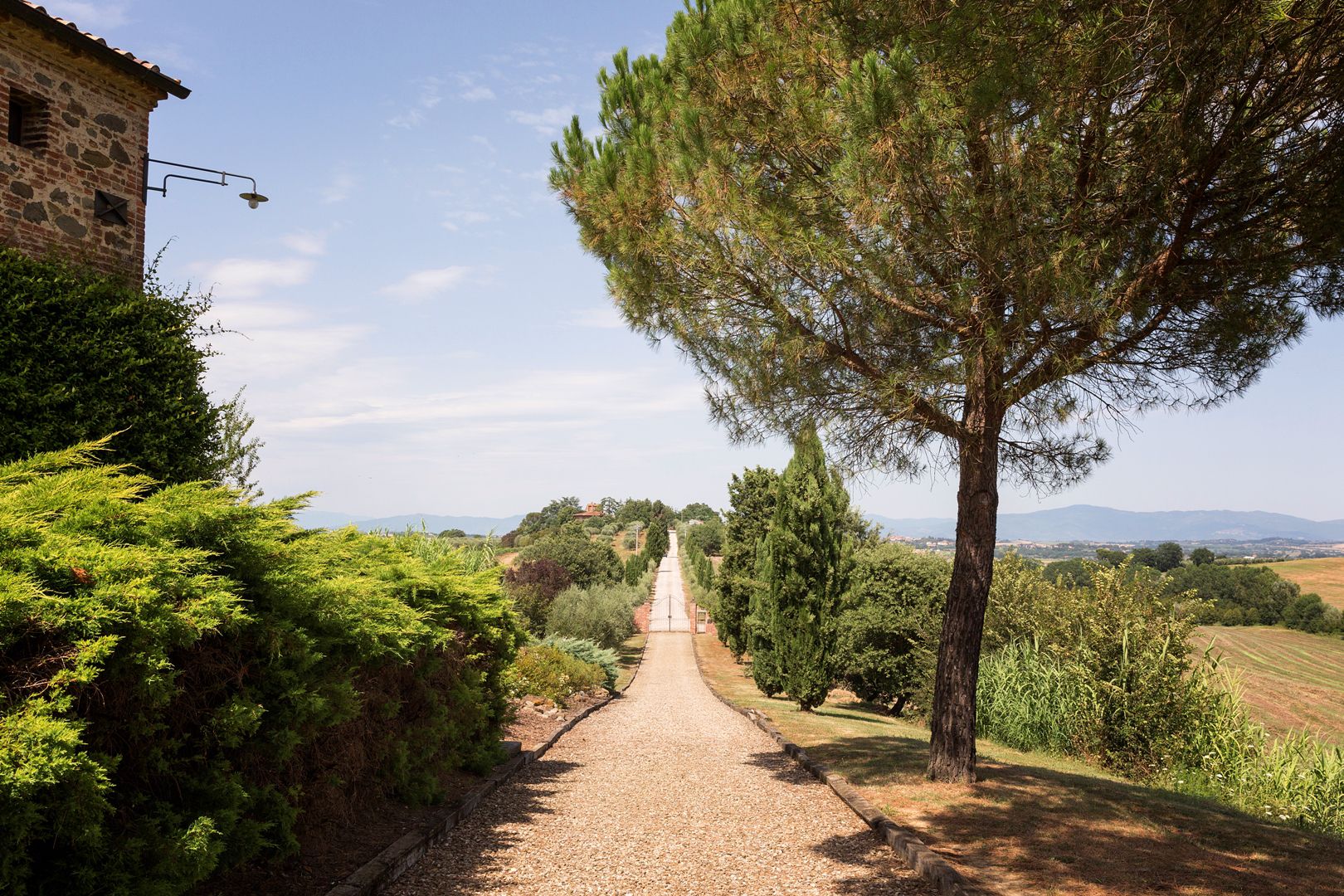 Looking for a villa or a wine estate in Val d'Orcia? We offer an exclusive selection of villas, apartments and houses in Val d'Orcia with panoramic landscape. Prime locations such as Montalcino, Pienza, San Quirico d'Orcia, Montepulciano e Chianciano Terme.

Are you looking for a property to buy in Val d'Orcia?     Would you like to sell a property in Val d’Orcia? 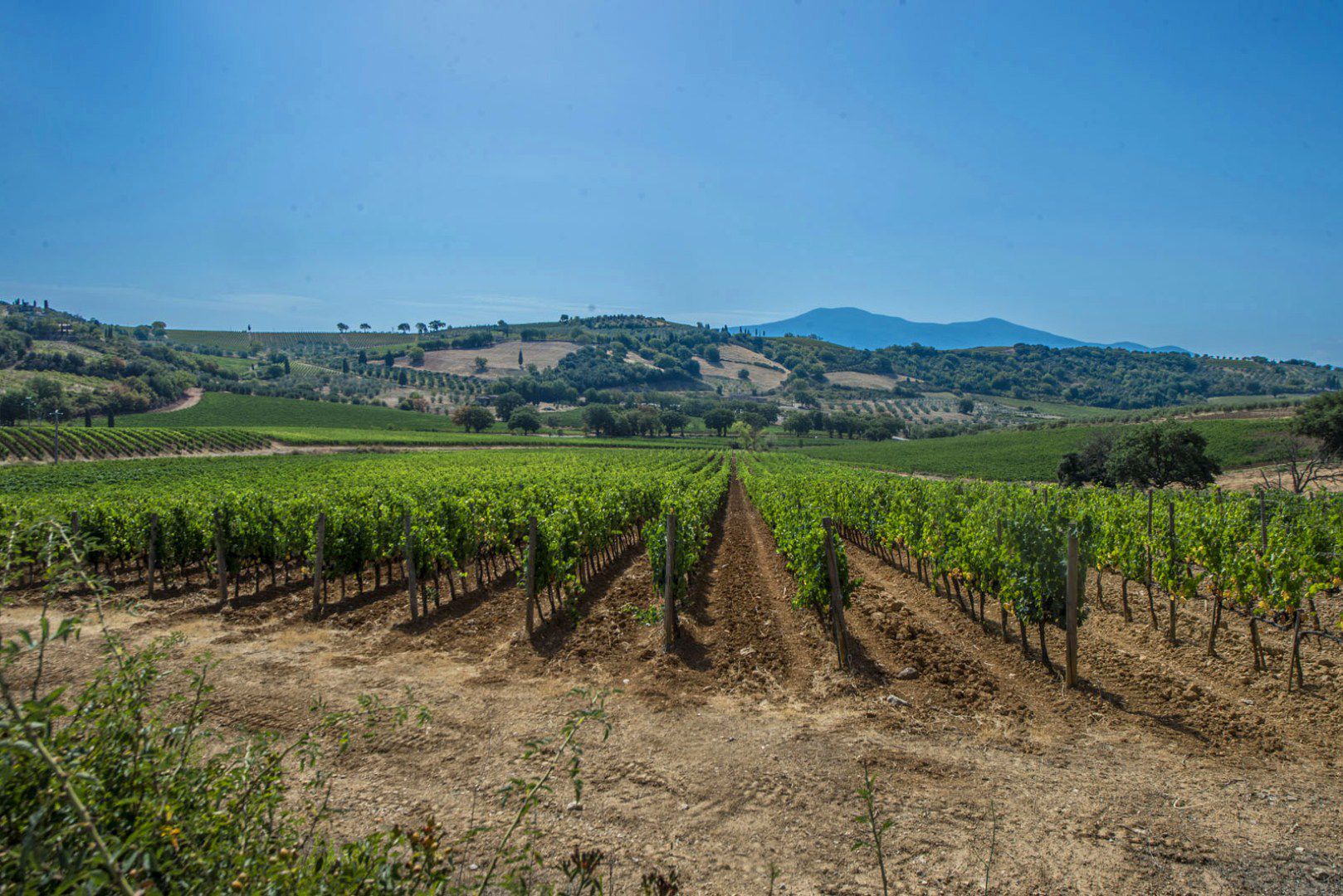 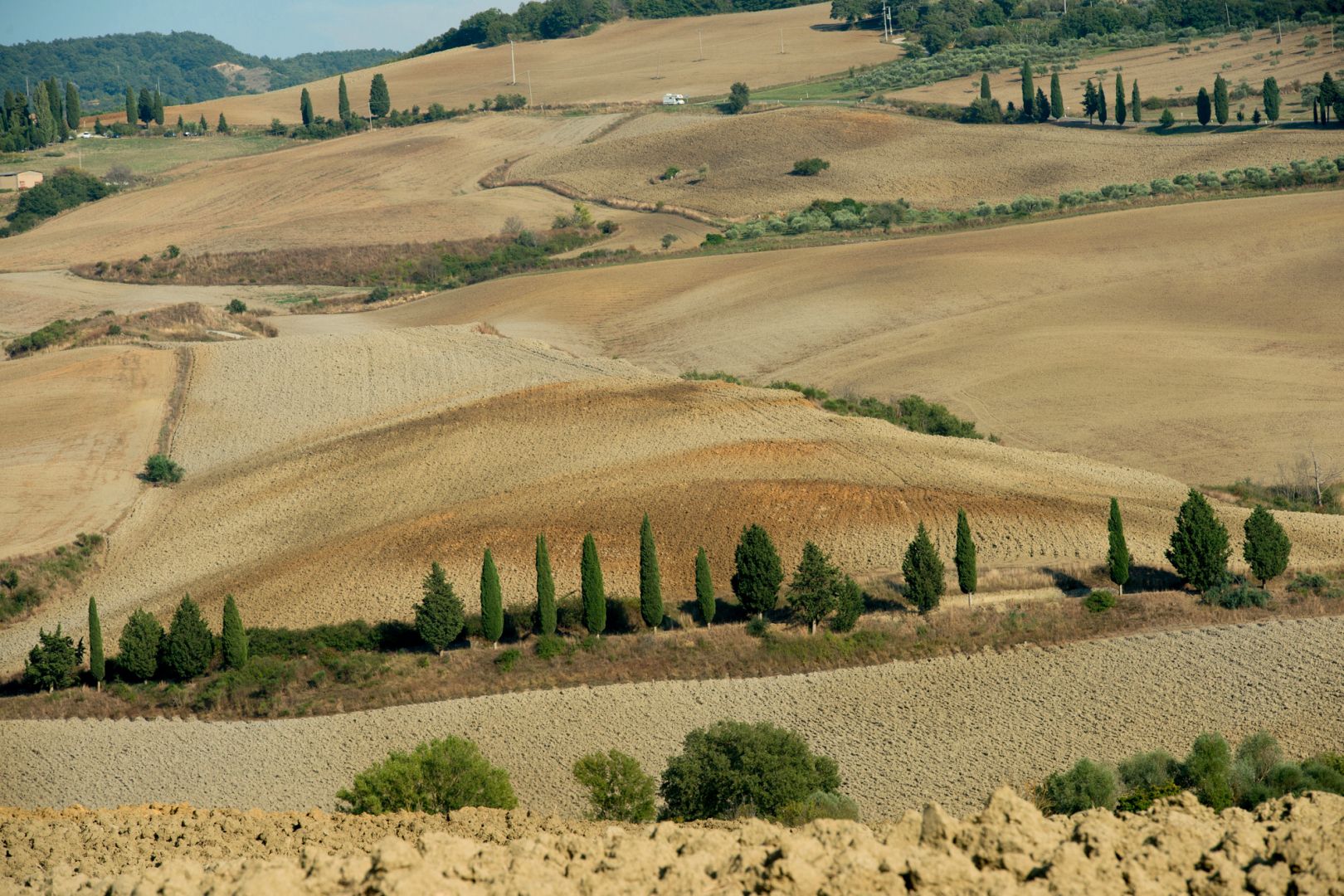 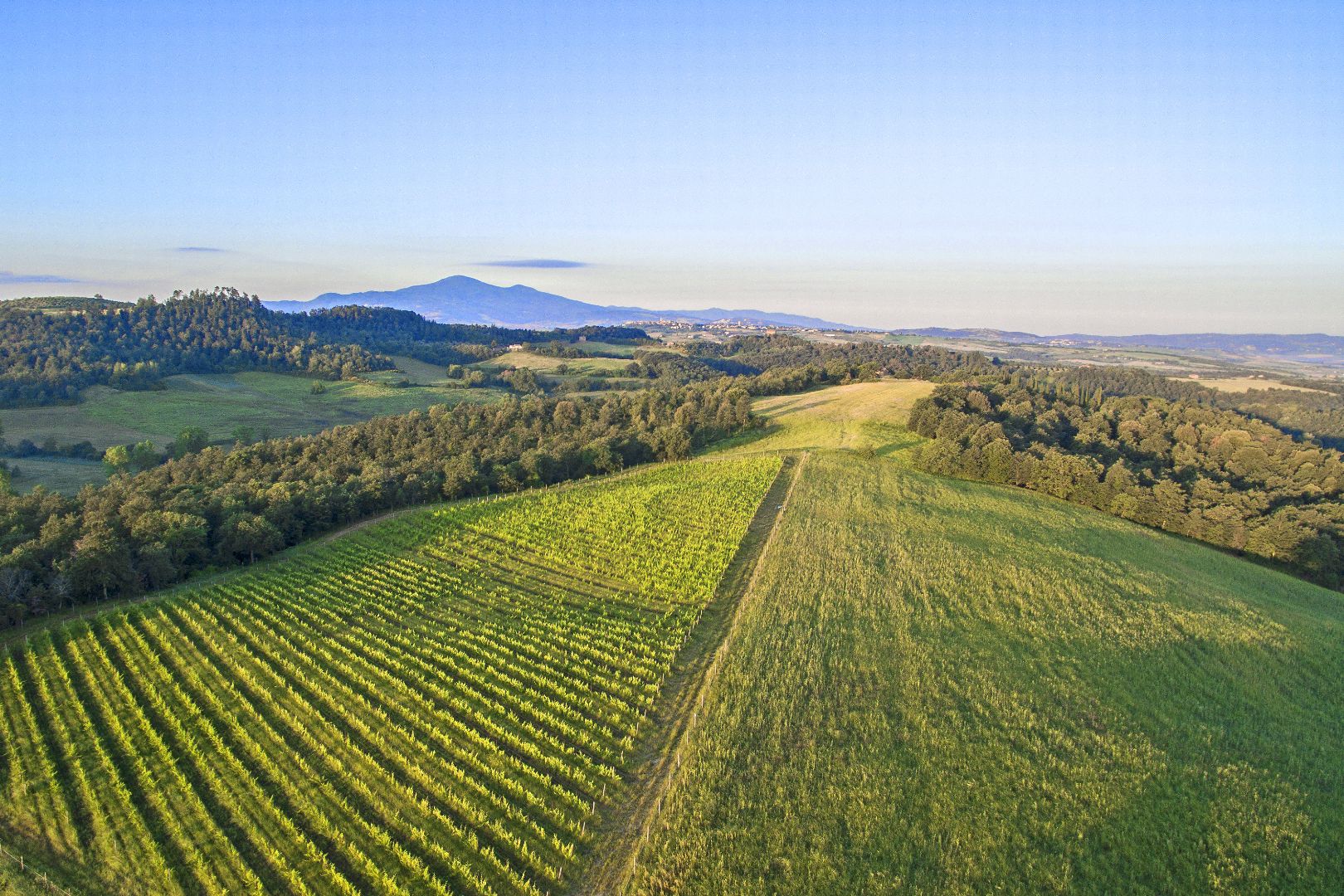 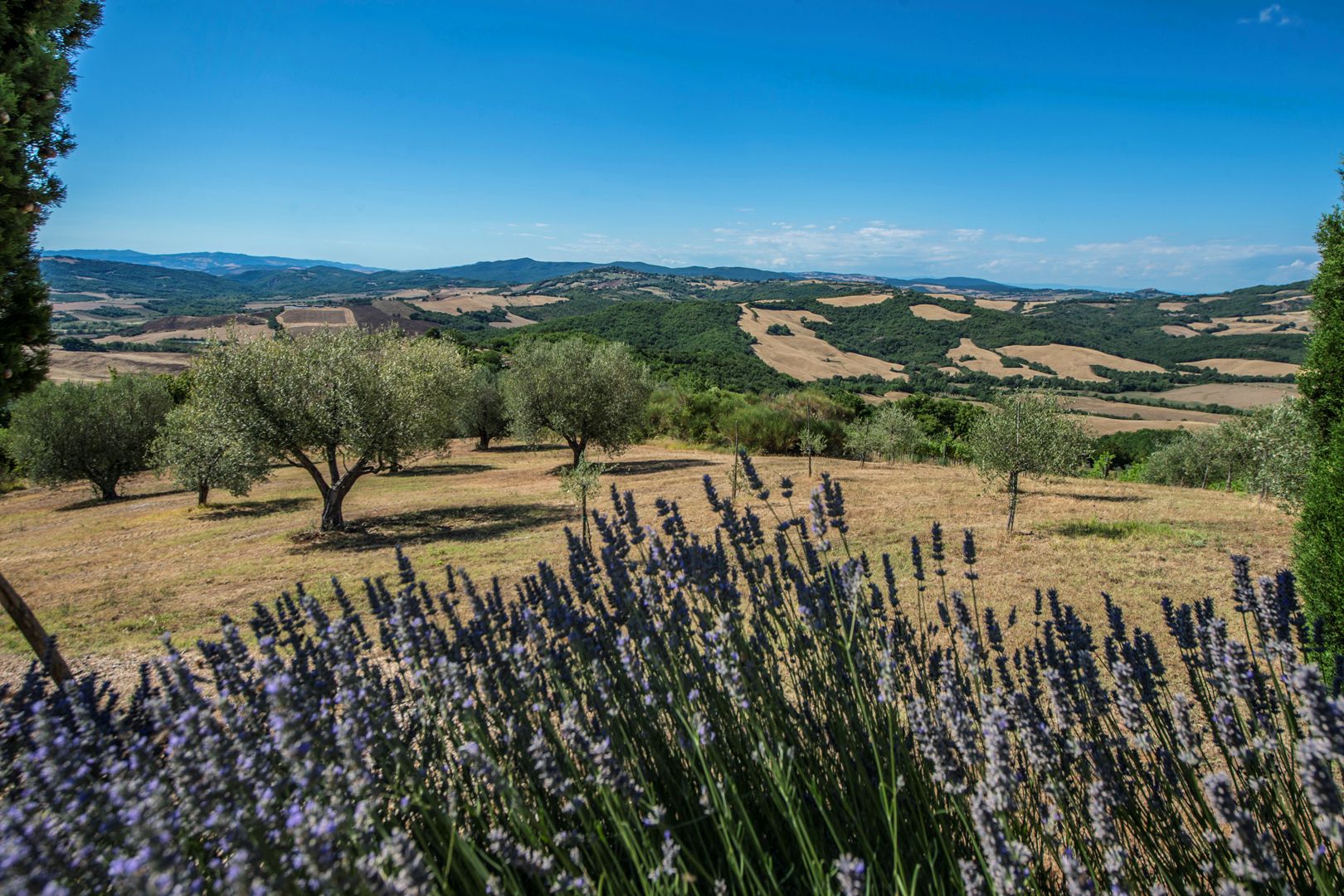 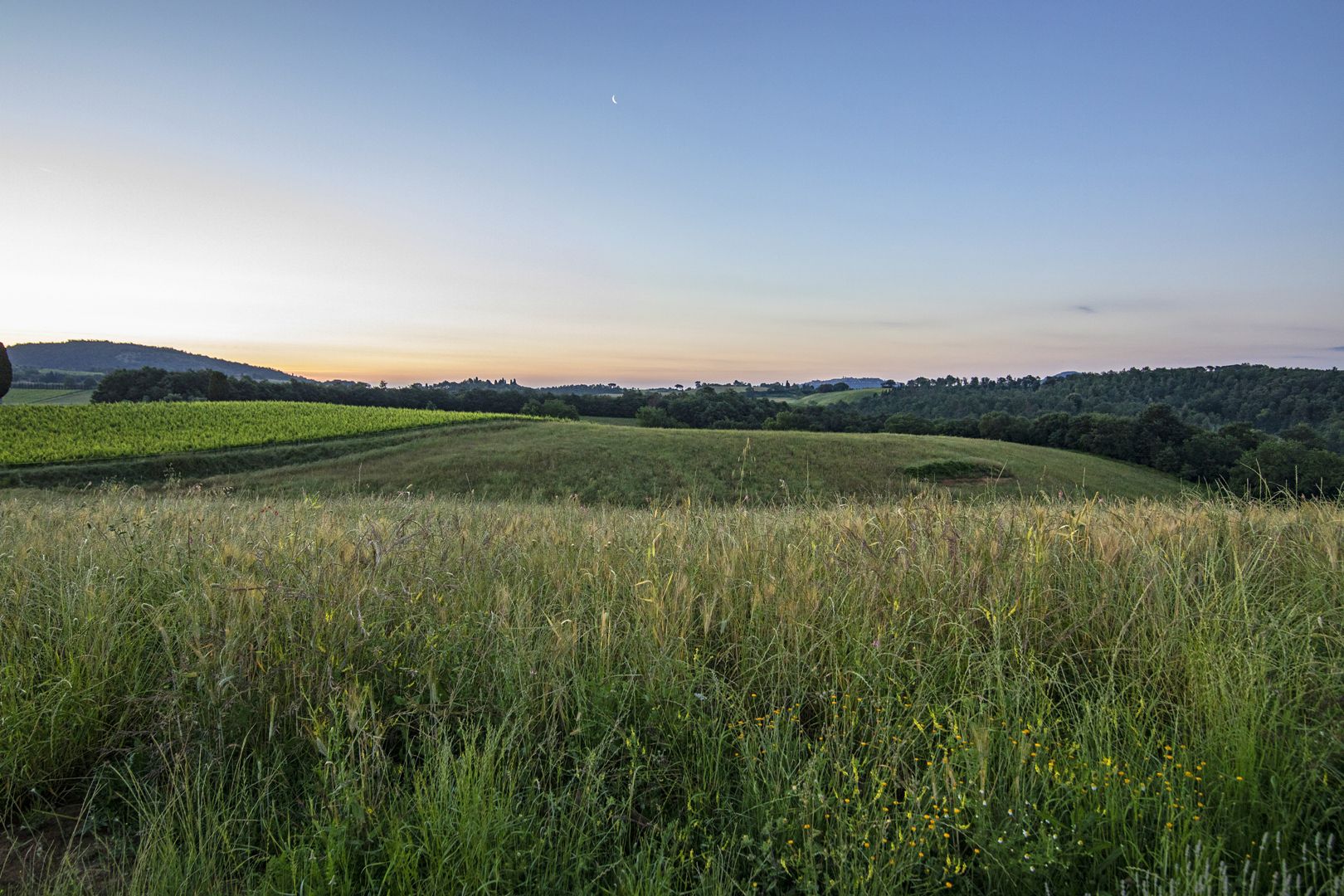 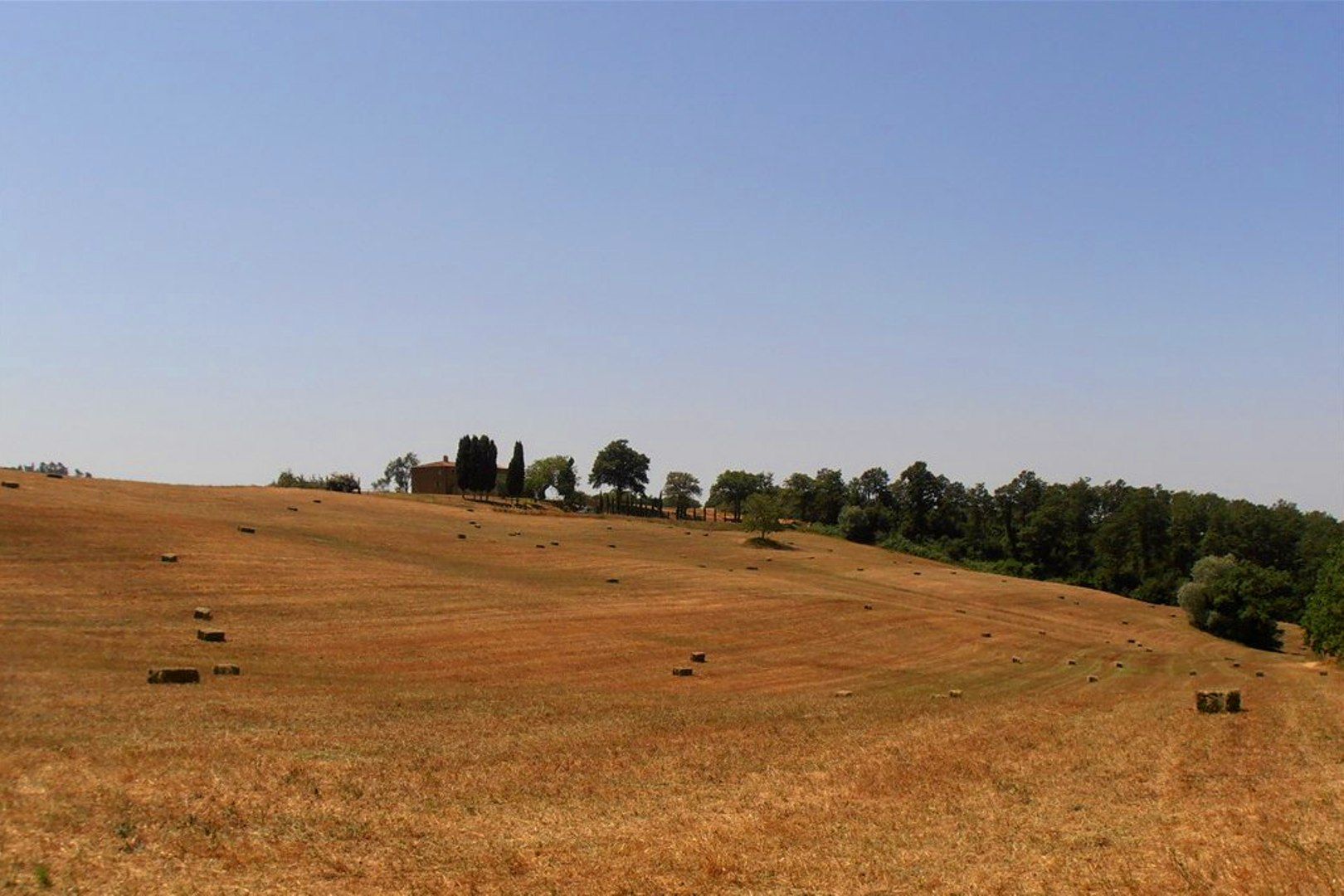 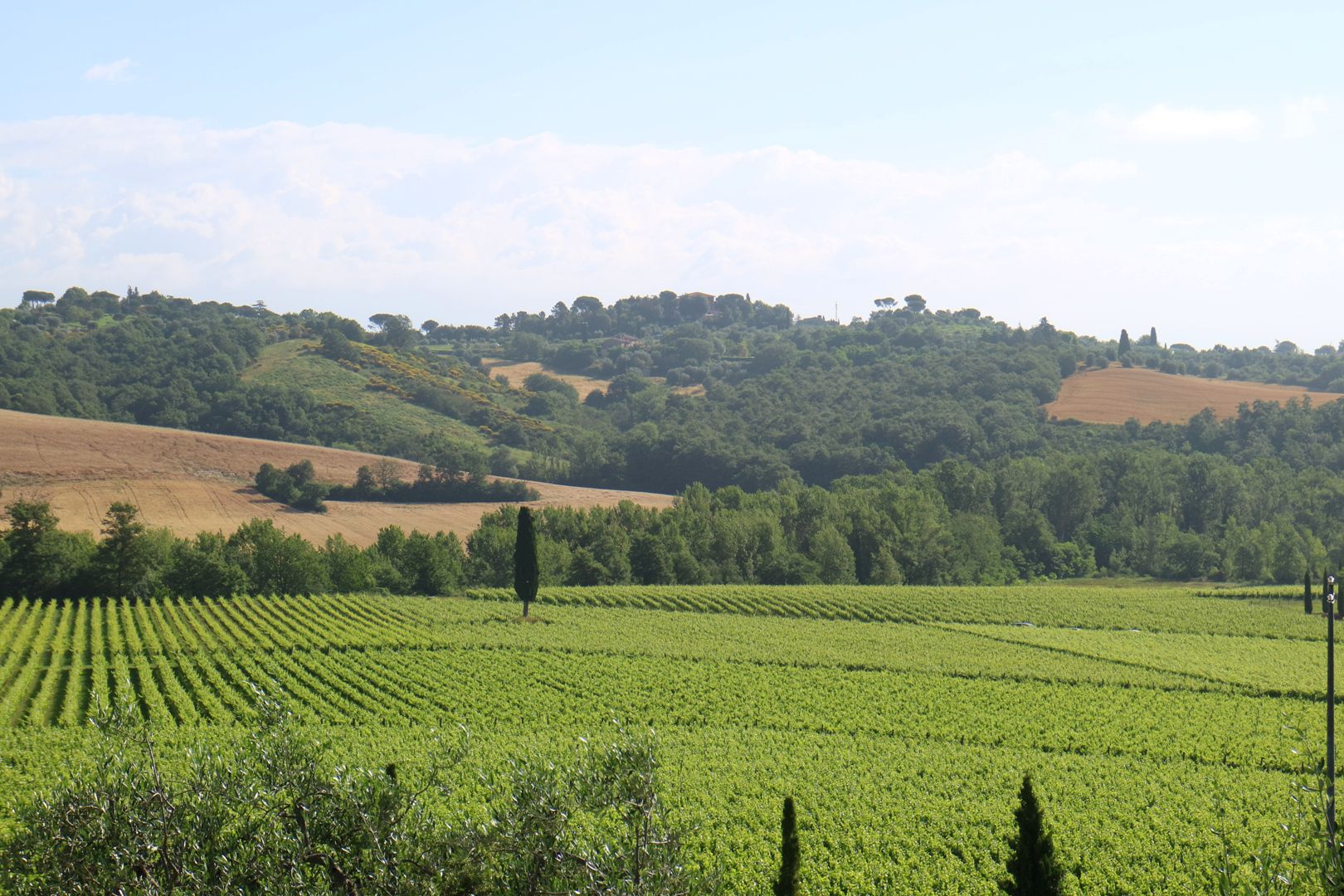 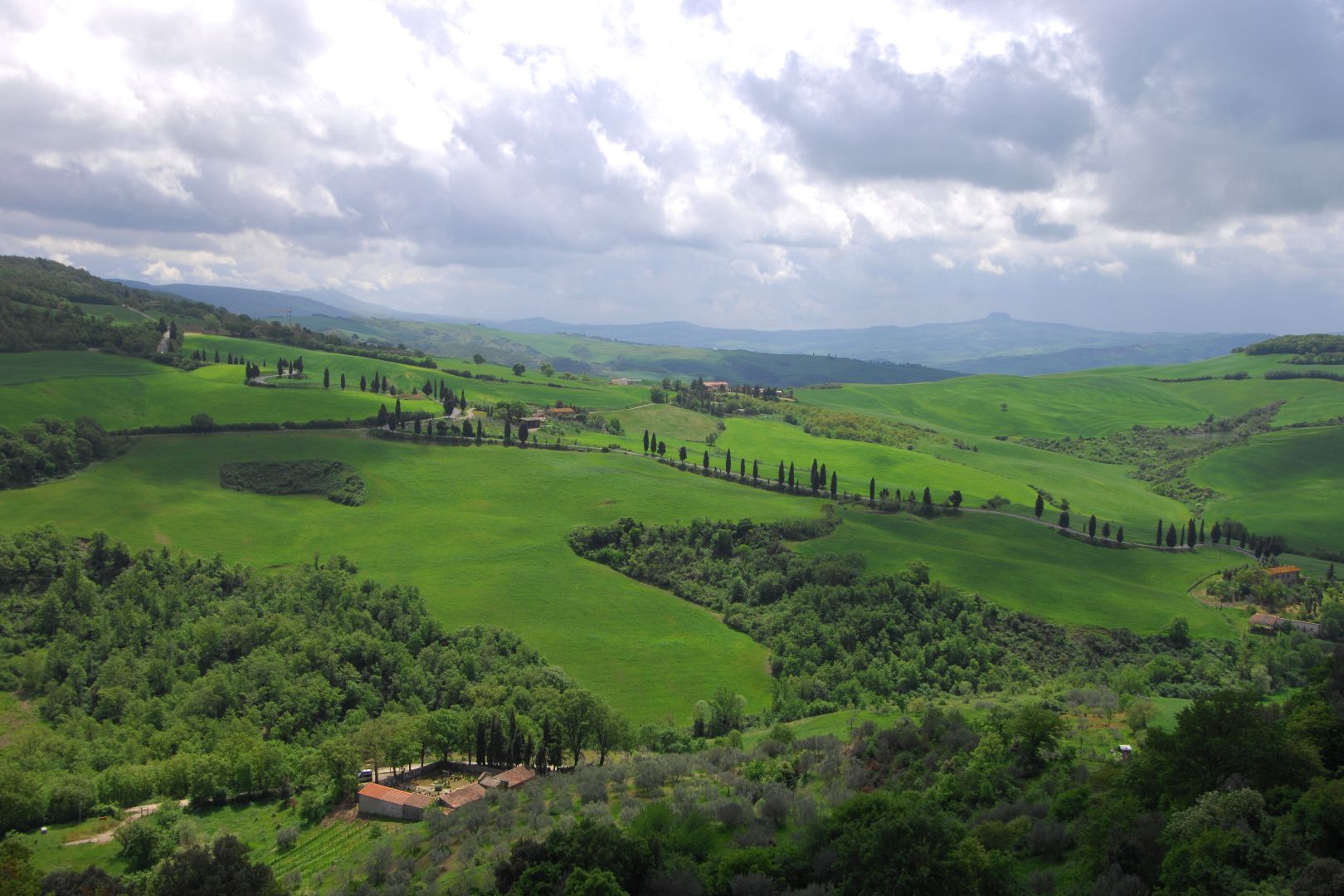 THE HOMELAND OF BRUNELLO DI MONTALCINO

The Val d’Orcia is one of the most fascinating regions of Italy. It is located in the southern Tuscany and is entirely included in the province of Siena. It takes its name from the river Orcia and is recognizable for beautiful landscapes made of rolling hills covered in vineyards, olive groves, cypresses, chestnuts, farmhouses, castles and medieval hamlets. Castiglione d’Orcia, Montalcino, Pienza, Radicofani and San Quirico d’Orcia are the main municipalities of the area. The whole Val d’Orcia appears in the list of the UNESCO World Heritage Sites, together with the historic centre of Pienza. The Val d’Orcia was crossed in Roman age by the Via Cassia and then, during the Middle Age, by the Via Francigena. Nowadays the area in known all over the world for art, history, landscape and wines. The nature and beauties of Val d’Orcia inspired artists of the Middle ages and the Renaissant in their masterworks.

Agriculture is the main activity in Val d’Orcia, mainly for wines, among which the Brunello di Montalcino is the real excellence.

The land is dotted by abbeys, old hamlets and beautiful medieval castles. To protect nature, traditions, cultural roots and typical dishes of the Val d’Orcia the Parco Naturale e Culturale della Val d’Orcia has been instituted.

THE FASCINATING TOWNS OF VAL D’ORCIA

- Castiglione d’Orcia is a small town nested up on a cliff. In its historic centre is located the main square celebrating Lorenzo di Pietro (better known as Il Vecchietta).Here one can admire a beautiful travertine well dating back to the 1618. Among the best landmarks of the town one must cite the Palazzo Comunale, the Chiesa di Santa Maria Maddalena and the Rocca di Tentennano.

- Montalcino is a town known all over the world for its superb wine, but also for its beautiful medieval centre with the 14th century keep. Known landmarks are the Palazzo Comunale and its tower, the Gothic Loggia, the Chiesa di Sant’Agostino, the Museo Civico e Diocesiano and the Piazza del Popolo (people square). Over 3,000 hectares of vineyard offer an incredible view and the production of an excellent wine.

- Pienza is a beautiful town whose historic centre has been included in the World Heritage List of UNESCO. The town’s name was originally Corsignano: the name was changed in the 15th century to celebrate the newly elected pope Pius II. He was so disappointed by the ruin of his birthplace that ordered it to be rebuilt following the criteria of the Ideal city between the 1459 and 1462. The newborn Pienza started a new life. Landmarks worth visiting are Piazza Pio II, the Cattedrale dell’Assunta, Palazzo Piccolomini, the Chiesa di San Francesco, Palazzo Ammannati, the impressive ramparts and the Palazzo Comunale. Not far from the town are located the beautiful fortified hamlets of Monticchiello and Spedaletto.

- Radicofani is located in the southern part of Val d’Orcia. Symbol of the town is the 11th century fortress built at the border between the State of the Church and the Grand Duchy of Tuscany. Other landmarks are the Chiesa di San Pietro, the Chiesa di Sant’Agata, Palazzo Pretorio and Palazzo della Posta.

- San Quirico d’Orcia developed around the old medieval town of Osenna. The center is surrounded by walls and offers an incredible view. Places worth visiting are the Collegiata dei Santi Quirico e Giulietta, the Chiesa della Misericordia, Palazzo Pretorio, Palazzo Chigi and Santa Maria di Vitaleta, the Horti Leonini and the Ospedale della Scala. Not far from the town is located Bagno Vignoni, a thermal center already famous in the Middle ages.

- At the border between Val d’Orcia and Valdichiana is located Montepulciano, a beautiful medieval town mainly known for its Vino Nobile DOCG. Among the most beautiful monuments are the Cathedral of Santa Maria Assunta (the main cathedral), Palazzo Nobili Tarugi, the Poliziano Theater and the Chiesa di San Biagio. Symbol of Montepulciano is, however, the famous Vino Nobile. It is produced by using Sangiovese (70% minimum) and Canaiolo Nero (20% maximum) with small percentages of other grapes (up to 20%). The wine must then be aged and there are several ways to do that: 24 months in wooden barrels, 18 months in wooden barrels plus 6 months in other containers…

- On the hills of Val d’Orcia (near the Valdichiana) is located Sarteano. The most interesting landmarks of this town are the keep, the Chiesa di San Francesco, the Castello delle Moiane and the monument to the fallen.

The best product of Val d’Orcia is without a doubt the Brunello di Montalcino, a red wine of excellent quality and appreciated in every part of the world. This wine started being valorized in the 1950s and became one of the symbols of Italy in the second half of the century after World War II. The Brunello can only be produced inside the municipality of Montalcino by using only Sangiovese grapes.

Ferruccio Biondi Santi is considered the “inventor” of this extraordinary wine. At the end of the 19th century he decided to abandon Canaiolo, Ciliegiolo and Colorino to focus on Sangiovese. In 1960, the Brunello obtained the DOC certification, and in 1980 it was the first Italian wine to be awarded the DOCG certificate. Its growth was slowed first by the high price and then by an epidemics which destroyed many of the vineyards in 1930.

In 1967 the Consorzio del Vino Brunello di Montalcino was founded to protect the wine and exalt its main aspects. The Brunello is a harmonic and elegant wine, getting better with ageing, but needs a careful storage in a fresh, dark, silent, odorless cellar with bottle lying on their side.

The wine is served at ambient temperature and is perfect with red meats, game (mainly boar), cheeses and mushrooms.

With Romolini Immobiliare – Christie’s International Real Estate it is possible to rent Agriturismo, luxury villas and period villas in the land of the Brunello di Montalcino.

- The Rosso di Montalcino is a red DOC wine produced with Sangiovese grapes as the Brunello, but is much younger. While the production area is the same as the Brunello, the procedural guideline is different, since the wine has a much shorter ageing period.

- The Moscadello di Montalcino is a DOC dessert wine produced with a base of Moscato.

- The Orcia DOC is a class of wines produced in Val d’Orcia mainly using Sangiovese as base (60% minimum). Here are the various types of wine: red (also Riserva), rosé, white, Sangiovese (also Riserva) and Vinsanto.

If you couldn’t find what you were looking for, subscribe to our NEWSLETTER and we’ll get in touch with you a soon as a property suitable for you is available.

35 of 940 properties available for sale

In a very panoramic position on the rolling hills of Val dŌĆÖOrcia, 542-sqm luxury restored villa with swimming pool and olive grove. The property includes 7 bedrooms and 6 bathrooms and has been finely restored to preserve its rustic look without giving up on modern comforts. All around the country house there are 3.5 hectares of land with an olive grove and a small vineyard.

755-HA TUSCAN ESTATE WITH ABBEY AND 11 FARMHOUSES FOR SALE, SIENA

At the border between Valdichiana and Val dŌĆÖOrcia this beautiful 755-hectare estate includes an old 11th-century finely restored abbey and 11 farmhouses used in a well-started accommodation business. The property offers a total of 98 bedrooms over approximately 8,900 sqm of surface. The stables included in the estate allow breeding horses and the whole land is registered as a hunting reserve.

On the beautiful hills between Val dŌĆÖOrcia and Crete Senesi, not far from Buonconvento, Siena and Montalcino, this beautiful countryside villa has been finely restored and offers nowadays 720 sqm of surface for a total of 7 bedrooms and 8 bathrooms over three buildings surrounded by a well-maintained garden with pool and olive grove (80 trees).

In the Sienese countryside, this prestigious wine estate enriched by a resort (4,584 sqm) is ideal for those looking for a peaceful moment of relax away from the chaos of city life without sacrificing amenities and pleasures. A good 25.0-ha vineyard allows producing 100,000 bottles of wine per year.

On the hills around Montepulciano, this 17th-century stone farmhouse with bright modern interiors, pool, garden and two outbuildings is a real gem for sale. The farmhouse, which is laid out on two levels and expands over a surface of 198 sqm, has three bedrooms and four bathrooms. The one-of-a-kind position and all its facilities make the property perfect both as a holiday retreat and as a permanent home.

Beautiful 301.8-ha wine estate for sale in Val dŌĆÖOrcia, in the province of Siena. The main hamlet hosts a beautifully restored manor villa and the winery headquarters. Several buildings to be restored complete the property for a total of 7,680 sqm and 18+ bedrooms. The Orcia DOC vineyards (16.4 ha) allow producing a theoretical maximum of 280,000 bottles of wine per year.

ESTATE WITH AGRITURISMO FOR SALE IN MONTALCINO, TUSCANY

Not far from the renowned town of Montalcino, this 43.2 hectare estate is perfect for anyone looking for a well-started agriturismo with 9 bedrooms for the guests. Built between the Middle Ages and the 18th century and finely restored to preserve their main characteristics, the buildings offer 540 sqm of total surface. The land is mainly used for cereals, but an olive grove is present (1.3 ha).

Ref. 1732 - ESTATE WITH AGRITURISMO FOR SALE IN MONTALCINO, TUSCANY

WINERY FOR SALE IN MONTALCINO, 3 HECTARES OF BRUNELLO VINEYARDS

WINE ESTATE FOR SALE IN MONTALCINO, 7 HA OF BRUNELLO VINEYARDS

On the hills of Montalcino, in the heart of Tuscany, this wine estate offers a total of 11.2 hectares of vineyards (7.0 ha Brunello di Montalcino + 0.9 ha Rosso di Montalcino + 3.3 ha IGT Toscana) and a newly-built cellar which, at full regime, would allow producing up to 560 hl of wine (equaling 75,000 bottles per year).

TUSCAN ESTATE WITH VILLA AND OLIVE GROVE FOR SALE IN CETONA, SIENA

On the hills of Cetona, we find this 18-ha estate (7 ha olive grove + 11 ha woodland) with 16th-century villa. The manor villa offers a total of 600 sqm for 8 bedrooms and is rented out with excellent results. The olive grove (roughly 2,000 trees) produces an excellent ŌĆ£Terre di Siena DOPŌĆØ (registered trademark) olive oil which is exploited both as a condiment and as a cosmetic base for a Natural Skincare product.